Warning: A non-numeric value encountered in /homepages/37/d133710384/htdocs/newsite/wp-content/themes/Divi/functions.php on line 5806

Do you still get nervous? 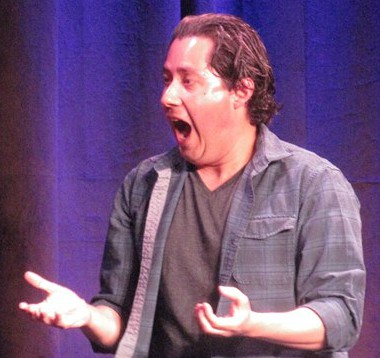 After one of our last festivals, someone asked me if I still get nervous before a show.

The long answer: Before a show, I’ve always got some nervous energy. Sometimes, the nervousness is stronger – for example, if it’s a new venue, if a lot of people I know are in the audience, or if NO ONE I know is in the audience (yes, those two would seem kind of contradictory), if it’s a competition – and sometimes, it’s not as strong, but it’s always there.

I try not to get nervous; I try to put myself in a head space where the stakes are lower. For example, I’ll remind myself that I’ve been warming up with Rich for the last half hour (or the whole day, in some cases) and that what we’re about to do is just an extension of what we’ve already been doing. I’ll also remind myself we’ve done a lot of these and we’re just doing another one, so I’m sure it’ll go fine.

I’ll also tell myself that this nervousness is excited energy, and I’m just itching to get on that stage and play. I’ll still feel the energy but now it’ll be something I can harness and use, not something that stifles and has a hold of me.

But, probably the thing that puts me at ease the most is that it’s not just me on that stage. One move. One sentence. One physical action. That’s all I have to do. My partner – whoever it is – will react to that and that will inform what I do next. I don’t need to worry or freak out or be nervous…I just need to be willing to do one little move. Instead of facing a whole show or even an entire scene, I just have to do one small thing.

And that takes a hell of a lot of pressure off.

And what usually ends up happening is halfway through a show, I’ll literally have the thought “hey, that thing I was nervous about…I’m in the middle of it right now. See, there’s nothing to be worried about!”

Until the next show.


Warning: count(): Parameter must be an array or an object that implements Countable in /homepages/37/d133710384/htdocs/newsite/wp-includes/class-wp-comment-query.php on line 405


Warning: count(): Parameter must be an array or an object that implements Countable in /homepages/37/d133710384/htdocs/newsite/wp-includes/class-wp-comment-query.php on line 405